What Is A Stenographer?

A stenographer (also commonly known as Steno) transcribes the spoken words by typing them into a steno codes. Earlier this work was done on steno machines but in the present era of technology the same is done on computer. The Stenography Skill Test is conducted on personal computer only without editing tools and spell check facility. Fast and accurate typing skills are vital for a stenographer job.

Generally the question paper for the posts of Stenographer consist of two parts. Though this is a single composite paper, candidates are required to qualify in each of the two parts separately. Below in provided table is the scheme of examination.

Syllabus of Exam for Stenographer Job 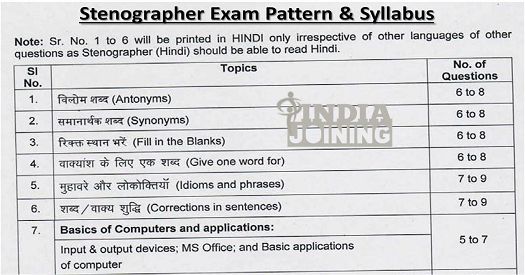 One thought on “Stenographer Examination Pattern and Syllabus”